The Wine of Friendship 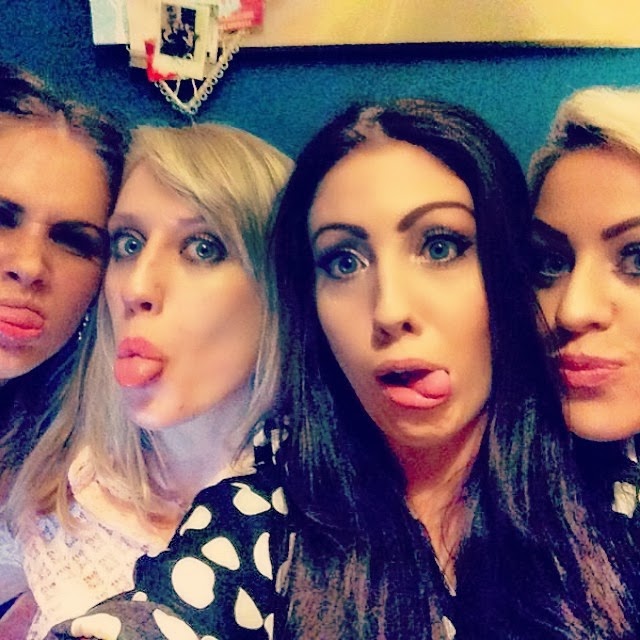 This is a rushed post to say the least, for it is mid-week and I have a to-do list as long as my non-drinking challenge. Oh, and while we're on the subject, here's my report from the weekend, as promised.

This weekend just gone was always going to be my most challenging weekend of my booze-free March. My 3 longest standing best friends came to town - also known as "The Girls". I have various groups of 'girls', but THE girls are the girls I went to school with, the girls I grew up with, the girls I learnt to party with. To abstain from the standard partying behaviour that is drinking, whilst in the company of THE GIRLS, is borderline a sin. It is at the very least, a weird plan.

That said, if you can't stay soba and still have a blast with your longest standing homies, then what chance do you really have? These are the friends you have know since before you had boobs, who you have partied with in Ibiza, Tenerife, Malia, and your hometown nightclub EVERY week for several years. The friends who saw you pass A Levels and run off to uni, the friends you ran back to every Christmas, Birthday and Easter in between. The girls who saw you get dumped, then watched you fall in love again. The friends who despite having grown in very different directions to you, remain at the heart of your friendship circle. Like barnacles clinging to a rock in the storm that is life... Okay, I can't do analogies very well after 9pm. These girls are just THE GIRLS. They always will be.

As it turns out, the wine of friendship never does run dry. I didn't need the real deal, because I was high on friendship and laughter. As I discovered at 3am on Saturday night; while my feet buzzed from dancing for 5 hours straight and my face was alight from having not stopped laughing for the entire night and my head spun with fun, I observed that not only had I not needed to drink to have a good time, I actually had a much better time without it.

I have always been the liability friend, the one who falls asleep mid-slurp, gets turned away from bars, misses the best bits because she went home in a cab with chips at 10pm, lost her phone, was sick everywhere, who just could...not...deal... I have always been her. So for my friends, despite perhaps the initial disappointment that they had more Prosecco between them than normal (whilst I stoically sipped my Scholer) it was probably a bit of a relief for them to see me not only last the night, but do it well.

My best mate told me at the end of the night that she'd had so much fun with me, she'd totally forgotten I wasn't drinking. I can't really imagine a better end result than that. Fun was had by all, and my liver stayed shiny. This alongside the fact I spent £4 all night, had a hangover free (if a little tired) Sunday and remember every precious moment of the night...I could about get used to this not drinking thing.