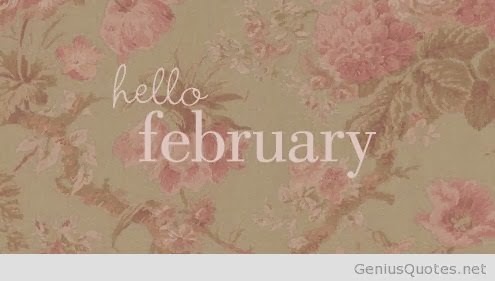 I have always been a bit bemused by February, because it is so bland, ordinary, non. At least in January we can really wallow in the fact that it is January – we are fat, poor, soba, and  everyone feels the same. January is the one time of year when you can pretty much guarantee no-one is as happy as they were two weeks previously. We can torture ourselves by living off cucumber and staying ‘dry’ whilst struggling to stay remotely dry because of all this inconvenient drizzle that you can’t see but you know it’s there because your hair is massive from precipitation. January has a theme. It’s the antichrist of Christmas and we can throw ourselves into it 100%. We know what is expected of us and that’s fine, we will just get on with it until a new, brighter day dawns.

Having said all of the above, I am going to now say that for me, January usually isn’t that bad. I don’t really partake in the “isn’t January awful culture” because I refuse to let almost 10% of my year instantly be deemed ‘miserable.’ Despite all the hurdles a New Year brings, it also brings fresh hope, new found motivation and endless opportunities to shop (vouchers, sales, mindless desperation). So I usually go into it with stoic determination to treat it like any other month and give it the love it deserves.

Despite my best intentions, this has not happened this year. January 2014 has for me has been like walking up the downstairs escalators in roller skates. Ineffective, exhausting and downright dangerous to be around. In case you haven’t heard, I have been ill for around 80% of it (literally, I counted the days) and drunk/hungover for the other 20% due to a succession of big occasions which meant there was no way January was going to be booze-free for me. This has caused a knock-on effect of a hideous sleep pattern, no exercise, feeling the chub, feeling unhinged, and my eating habits gradually declining to the point that last night I had a Crunchie for tea. What have I become.

As always with me, at first I tried to resist this unfortunate sequence of events, but after a while it became clear that no matter how hard I tried, I was still going to be going up the downstairs escalators with roller skates on, so the best I could do was sit the hell down, be transported to the ground-floor and just stay there looking pathetic until things change for me again.

Once I sat down, I felt better. I’ve borderline enjoyed this drastic, unwanted change in my routine. I have become the person I have always resisted. Lazy. Lethargic. Moody. I have done nothing but sleep, sit on a bus, sit at my desk, sit on a bus, eat, watch crap TV, go to bed and wait to feel better. That has been my life. For SEVERAL WEEKS. The only progress I have made has been in the form of my mushrooming waist and bum. Both of which have so many additional bulges it feels like someone has mistaken me for a cloak-room in the 90’s – puffer jackets everywhere. 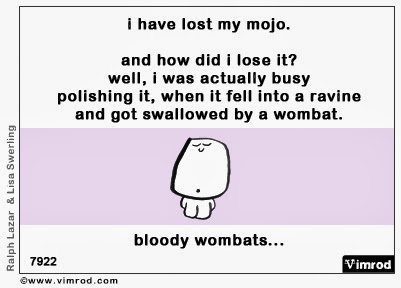 Safe to say, when February stumbled onto the horizon yesterday and I felt well for the first time all year, I got pretty excited about the coming month and getting my god damn mojo back! I have a lot of ground to gain. I need to eat better again because now that I’m off the meds, “feed a cold” won’t wash anymore. I need to revisit Headspace and get my sleep back on an even keel (what is an even keel? does anyone know?) I need to get back to the gym, I may need an extra locker for that cloakroom I’m carrying around but I can’t wait to feel strong again. I need to stay off booze for a bit and spend time outdoors and just calm the hell down. Lots to overcome, not much excitement and a detox...does this sound familiar?

It feels a little like I am being forced to do my January now, because I refused to accept its meaning the first time around. Lesson learnt – next year I will not go into January with positive determination, I will accept that it is at best an unsatisfactory month and I won’t ever underestimate its power to take one down. January is my new evil god that I will bow to once a year. Amen.

My course of antibiotics ended on January 31st and Hannah 2014 finally begun – this symbolism is not lost on me. I am very excited for all that February has to bring (pancake day anyone?!), but most importantly I want to end it feeling strong and confident again, having made good choices and rediscovered the upstairs escalator.

What does February mean to you this year?