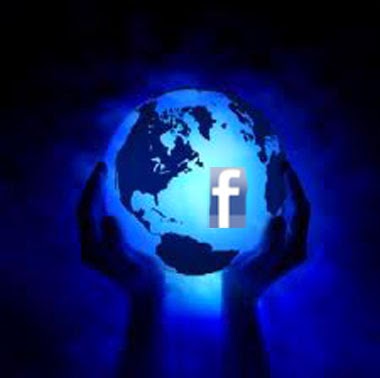 Today marked the 10th anniversary of Facebook. For some, this doesn't mean much other than that a website has been live for a decade, but for a whole generation, it means much, much more. A decade on, it has felt emotional looking back at our first Facebook days, when we had no idea this ‘website you can poke people on’ would change our lives forever.

As our news feeds filled up today with ‘First Profile Pictures’ and Facebook Look Back, it was difficult not to recognise the ways in which Facebook has dramatically changed our world, in our time. Every relationship it’s helped to build, every conflict it has caused, every moment it has shared, every individual it has inspired or comforted – all these things have added up to a brand new world.

Working with Facebook daily, I’ve often had the thought; “how different would our lives have been if Mark Zuckerberg hadn't turned his ideas into reality?” Aside from the fact my entire career has been built on Facebook’s foundations, for me it kick started a brand new culture, a culture which has 100% carved our paths.  A little culture they call Social Media. Facebook came along and set-off an avalanche. It’s thrown this new, global, scary ingredients into the already mental mix we call earth, and there has been an explosion.

Oh, there have been bad times – let’s not forget the drawbacks to Social Media. It can be so destructive, it encourages narcissism, people have developed FOMO. There is the unhealthy insight into other people’s lives, the unfortunate rise of the selfie that we just can’t help but take, perceived loneliness...there’s a lot of questionable side-effects in there. Then there is the safety factor. Who can see our photos and details of our private lives? How do we share in this way whilst staying out of harm’s way? Bringing people closer together also means bringing bad things into some people’s lives, and we are still learning as a society how to manage that.

All of this has been recognised and discussed endlessly, in the same way any society continues to evolve and reflect. Countless magazine articles have talked about Social Media addiction, news reports have warned of the dangers of over-sharing online, campaigns have begun when lives have been lost over social media bullying. On a less serious note, we also sometimes just get damn fed up of it. More than once I have deactivated my Facebook account, needing a break from it. As my wise mother once said “being on Facebook is like being at a constant party” and I think there is something in that – how else do we explain the correlative rise of  'Popcorn Brain' and need for Headspace amongst young people?

Yet with all that said, today Facebook has over 1 BILLION users. That’s China. No community of that size is going to be 100% safe, 100% happy or 100% healthy. Asking for it to be is a pipe dream, but are those downsides really enough for us to throw it away? Of course not, because for all the question marks around this untamed beast, to say Facebook has done a hell of a lot of good would be an understatement.

What other community can bring so many people together in a matter of seconds?  What other community allows you to learn so much more about the world you live in and see more of it than was ever possible before? What other community gives each individual a voice? We see everything on Facebook, from global disasters to Tom McFlys baby announcement to Mavis from next door’s Victoria Sponge, and I can’t imagine the world any other way.


For me, Social Media is still very much on a learning curve. It is a wild creature and an entire new way of living, communicating and learning. It is so, so young. I am so passionate about Social Media, all that it has done for our world and all it can do for each of us, but I also know we are the cavemen of its time. In years to come, the Social Media era will go down in history, and how they will laugh at us newbies, using it so unwisely, still paving the way. I feel proud of being part of a generation who believed in something new, brave enough to do something different and become founders of something incredible. For better or for worse, Facebook will always have a big place in my heart and I think there is a whole lot more opportunity to come.