Falling Down a Lot & The Art of Romance 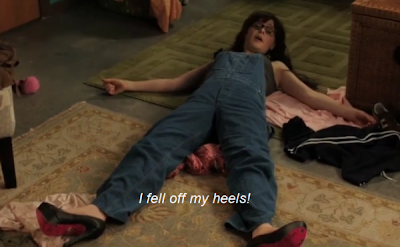 Sometimes things just don’t go to plan. Don’t you just hate that? I am a perfectionist and when I have an idea of how something is going to be, I struggle to adapt if it isn’t exactly like that in reality. Following my recent job news (yay!) I had 2 weeks to finally enjoy my time off before starting work again and it was going to be EXCELLENT. I was going to go for lots of long runs, I was going to shop, I am joining my family down in Devon where I was going to go surfing (try to), go on bike rides and run along the beach every morning. I was going to get a massage and a haircut and enjoy a fabulous anniversary adventure with Gareth.  It was going to be the indulgent break I haven’t had since the dawn of time...

That was until approximately 8:00pm on Monday night, when 9 minutes into a netball match my ankle went crunch beneath me and the blood drained from my face. As I crawled off the court and turned to look at my now Elephant-man ankle, my heart sunk as all my dreams for the next few weeks went bouncing off into the distance with the ball. As my ankle continued to grow and I was wheel-chaired out of Sheffield’s largest leisure centre dripping with sweat and fighting back tears (oh the memories!) my picture perfect few weeks evaporated completely.

I am trying to get better at adapting when things don’t go to plan, especially when really all that has happened is a minor inconvenience for a short period of time. To me it may have felt like I had been clinging onto these few weeks off forEVER and it was hard to accept that now there were  alot of things I just could not do, but really I know we’re just talking about a sprained ankle here. Its not that bad. Its just a nuisance. So I have tried to be really optimistic and embrace my time off in a different way. Thankfully Gareth has been off work so there has been lots of TV sessions, lots of films, lots of TV dinners and lots of R&R. Each time an ‘I could have been doing this’ or ‘I should have been doing that’ comes into my mind I tell myself to man up. I know how lucky I am, and this is merely a fly in the ointment.  While I can feel my bum getting wobblier with each day off from my exercise regime, I need to accept that sometimes you just can’t do everything you think you need to.  My massage will wait, I WILL run again, I will still hobble on that train to Devon this weekend – it’s not the end of the world. First world problems at their finest. That said, I would be god damned if anything was going to get the way of me and my boy celebrating our anniversary.

It probably won’t surprise you that I am a total romantic. We’re both quite traditional too, so romance for us means I bake for him, he sends me 12 Red Roses and takes me for dinner – you know the good old fashioned romance that people deny they like but most can’t help but warm to when it is them on the receiving end.

For our anniversary I had long since planned a picture perfect day of lazy brunch, a rainy/sunny walk in the peaks, me waiting on him hand and foot and getting dressed up to the nines for a meal out, but seeing as 2 days before the celebrations I quite romantically and dramatically sprained my ankle (classic Hannah I might add), the romance of our day took a drastic turn. It started in A&E as I rested my puffy ankle on his knee, the sweat from my leg meeting his jeans. Ahh, lovely. Our anniversary itself involved much puffing and whining from me as I shuffled on my bum around the house. I ungracefully lurched his presents at him across the bed and groaned as I went to lift my roses out of their box. I was determined to make him brunch but he wouldn’t really let me, so I got frustrated and couldn’t even stamp my good foot as I tried to man handle him out of the kitchen.  Later that day, the romantic walk became a 2 hour drive in the countryside as we belted along to BBC Radio 2’s oldies – Bryan Adams, Elton John, they were all in there. I all but hung my head out the window like a dog as i tried to get my first few gulps of fresh air for 3 days and avoid car sickness.

NOTHING keeps me away from my baking and I was determined he would still get the showstopper cake I had painstakingly created in my mind.  So the day before said anniversary, while he slept off his A&E and night shift  double whammy, I panted and hopped around the kitchen for 3 solid hours icing and filling the cake I had thankfully baked a few days in advance. I might have had Big Foots ankle and been drugged up to the eyeballs on painkillers, but nothing comes in the way of me and one of my baked-good creations. It was humdinger and I cursed myself for having to have set the bar higher every year.

Dinner was something I was determined to still go to. He’d offered to get take out instead and take me out another time, but I wanted to put on my pretty dress and eat fine food dammit! So after an arduous 60 minutes trying to get ready, as I reluctantly left my high heels behind and settled for pumps, he taxied me door to door between our house and the restaurant, and I hobbled through the meal with my foot elevated as best I could, my 1 glass of wine going straight to my painkiller dosed head, causing me to confirm loudly that we WOULD have Cotton-Eye Joe as our first dance at our wedding. And we both did our own renditions of it.

When we got home it was straight to the freezer as he placed frozen sweetcorn on my ankle, brought me ibuprofen and regularly had to rearrange my cushions as I panted my way through a film, fidgeting every 5 seconds. I think I started to fall asleep at about 9.45pm. Ahhh, rock and roll! I slept 10 hours and woke up this morning irritable from lack of fresh air and groggy from too many painkillers, but I still had to smile as I grumpily put the kettle on – how could I not feel the love? 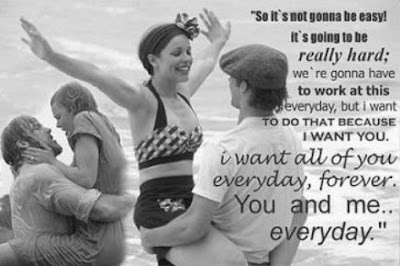 So as it turns out, our day wasn’t quite the traditional romance I had planned. But you know what? I wouldn’t change a thing. We made some real memories and next year we will laugh. Mainly at me. We had a hilarious time crooning our way around the peaks as the rain hit the windows, he still got his annual ‘showstopper’ cake and I still enjoyed my  beautiful roses from the sofa. Romance exists in so many forms, and to me there is nothing more romantic than him standing behind me pushing me as I crawl ungracefully up the stairs, grunting with every step.

The lesson I am learning (and think I needed to) is that life can be enjoyable even when it is restricted and is not what you had planned, because all that matters if you are alive, well and together. I think knowing that and laughing your way through the rest is the secret. I told him whilst we watched my ankle become increasingly deformed in A&E that I hoped he knew with me there would never be a dull moment and he just smiled at me so fondly it broke my heart. He knew. So here’s to another year of euphoria followed by falling over, I don’t care, ‘coz I got you babe.

I would like to also give a little mention to my grandparents, who also celebrated their anniversary yesterday – married 65 years and counting. They are an inspiration.