The Best of British (not America) 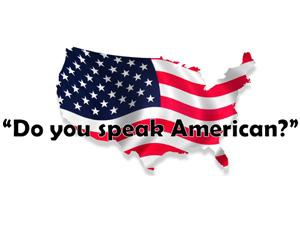 It's been the hottest day of the year, what seems like a startling proportion of the population of Britain have been watching the Wimbledon Men's final (either home alone with a cider like me, or outside somewhere catching it on a big screen). As a nation we have a Pimms on the go, we're all in White, we're finding any spot possible on which to sunbathe, we're all pink and burnt, Murray's making History. If any day was ever Best of British, this is it!

That is until we just saw Bradley Cooper on camera 4, spectating casually like he isn't one of Hollywood's most A of A Lister's. The commentator went all giddy upon spying the star (who was sat with his Irish match Gerard Butler), donned an American accent and said 'Hallywood's in Taaan' and I just thought 'oh piss off America!' and willed the camera to pan back to the real man of the moment on court. Because as much as I respect B Coops and as much as I value Hollywood, I am a bit annoyed with America sticking it's oar in everywhere. Taking over our culture. It's gradually sweeping poor little quaint, reserved, sometimes socially retarded Britain under the carpet and sprucing us up with Americanisms all over the shop. Or should I say 'mall'?

This notion was planted in my mind when I was probably about 10. My Dad's then girlfriend reprimanded him for holding his fork with his left hand and eating his meal all casually without a knife 'I hate it when you do that, it's so American!' At the time I thought oh shut up wench (I didn't much like her, but I was too 10 to think of a witty response) but in hindsight it could have been one of the more sensible things the woman ever said. We are turning into America a little bit and it's worrying.

Our fascination with America is undoubtedly linked to some kind of honour we feel we owe them after they supported us in WWII and we owed them money for like 60 years, but also it must be out of some notion that they are somehow bigger, better, 'smarter'. I get that as much as anyone with a minimal understanding of economics or politics can get it. But I don't really get why that means we have to be like them. When your friend lends you money, do you start wearing your hair the same and dressing like them? 'Oh Abbi has that dress Hannah!' 'Yeah she lent me a fiver so...'  When you are in awe of someone who you perceive to be admirable, fair enough to perhaps mimic their behaviour in order to achieve the same, but you don't adopt their vocab and start eating their food off their plate.

But we do do that with America, to the point I no longer know if I am using American or British expressions. We just love to dip our toes in their pond. Extra Big Macs, Apple, words like 'movie', 'smart' and 'recognized' with a 'z' - it's all starting to define our culture. Yes we undeniably sample other cultures too, we love a Thursday night curry, we go Salsa dancing and we participate in Wine of various origins. That's the beauty of how multicultural Britain has become, but sample is the operative word there.

With America we take it too far, actually replacing our stuff with theirs. We're going to 'the movies' instead of the cinema, we're wearing 'pants' instead of jeans , sneakers instead of trainers, our teeth are SiCo white and we're seeing therapists. Ladies, gentlemen, Britain - we have crossed the line. That line between American and British should be massive, the size of the Atlantic, but these days it's very, very fine. We're so insanely excited by New Yorker Bagels and we like to confuse each other by using words like 'pissed' in a totally different (Stateside) context to the one we're used to. You can't start changing the way we use our own words, it's just confusing when we don't know if you're drunk or angry.

I know America has given us a lot of fabulous (I refrain from saying 'ace') opportunities, products and concepts, and we should continue to sample their good stuff, but we need to be careful not to adopt their culture so much that we lose our own. Britain has so much to be proud, and while I love putting on an American accent to tell everyone I am 'having a real nice time right now', I never ever let Microsoft Word change it to 'Americanizm' when the dictionary is set to English UK!

At the time of publishing this Andy Murray just won Men's Single Wimbledon, making British history and breaking the 77 year ban on being good that Britain had imposed on it's tennis elite. I shall be celebrating with a cucumber sandwich and a cup of Yorkshire Tea. THAT, is the Best of British. 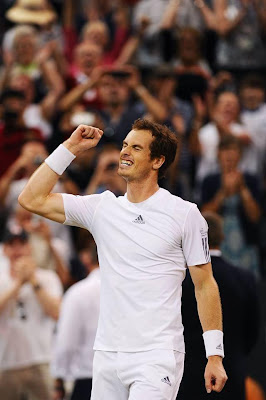