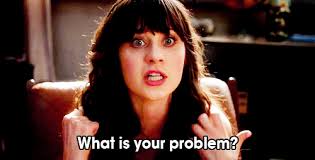 Boris Johnson has just made the news for all the wrong reasons (again), for making some tragic joke about women mainly going to university in order to achieve finding their husband. Oh how well he knows our deepest ambitions! Heaven forbid he meant it. Chances are he was joking, simply because he wouldn't risk the thrashing he is currently receiving from women UK wide (although I could easily sit here and argue that the thoughts which sparked that joke could only have been genuinely sexist, else why would they exist?)

Joking or not, Boris is feeling the wrath of Every Day Sexism - for they love a good juicy piece of evidence like this to chew on. I have been following the Every Day Sexism campaign group with real interest on Twitter and elsewhere, as they work to raise awareness of all the ways in which our society is still so casually sexist towards women, to the point that we don’t even know when sexism it is taking place. Reading some of the comments which come in on their Twitter page are astounding. Stories of girls being heckled in the street, subject to sexual harassment at work and so many other 'every day' ways in which we experience sexism, without even realising that is what it is. A few of my favourites include:

I have experienced sexism in many different forms in my time, from being heckled whilst I go for a run, to having my bum grabbed whilst walking through a bar. I am so used to this that all I can do is  glare at the ridiculous men. Sorry, am I supposed to be grateful? Most recently, last Friday morning, I was on my way to give a presentation (that’s right, me a woman, standing up imparting my wisdom to 2 men) when I experienced the kind of sexism a lot of women receive on a daily basis. I was dressed unusually smartly, when two men walking just in front of me spotted me walking behind them, nudged each other and deliberately slowed down so that I would have to overtake them. I refrained for as long as I could, but had to get to my car and eventually unwillingly overtook them. As predicted, the second my back was to them they resorted to cheering and wolf whistles, which drew the attention of the various crowds aroundme. Humiliating in the first degree. I tried to not show any hint of a reaction, as I didn't want them to for one minute assume I was enjoying their attention. Eurgh.

I don't know what is worse, the fact that grown men with behave so appallingly as to objectify a young women like me, or the fact that young women like me have actually come to expect it. I pre-empted that situation and feel pit of dread in my stomach before they had even said anything. Quite WHY I should be made to feel like that is just so completely beyond me. How primitive some of the nation’s men still are is just absurd and disgusting. And for this reason I strongly advocate the work of Everyday Sexism Project.

Apart from the above scenarios, the groping and the heckling and the deliberately standing in my way when going out my day, I have experienced a worse form of sexism. A form of sexism that I find equally as offensive as when men objectify us. And that is the fact that blokes won’t laugh at our jokes.
For years I have noticed how men borderline refuse to find women funny. Their male mates are all the next Michael McIntyre, but women are just not up to par. Apparently. I am a pretty funny girl. I certainly keep my mates laughing, and I tend to hang out with other funny people. But my GOD trying to get men to laugh is difficult. At Uni I would notice how I would make a joke, which would be met with indifference from my male peers, but when a bloke made the same joke a few minutes later (not as quick off the mark as me) the men would CHORTLE at it. Like it was the funniest thing they had ever heard. What's that about? Why are men so much more willing to acknowledge each other’s humour than that of a woman? It's so insecure of them.

Even now I see it happen all the time. A male friend said to me a few years ago of his (hilarious) sister, 'she is pretty funny for a girl'. Another male friend was willing to admit one of his girl mates was ‘the funniest girl’ – not the funniest person mind. Just, you know, funny for a girl. Maybe it’s just because men think differently, and find different things funny, but that cant ring true when they are literally responding completely differently to the exact same wit, depending on whether it has derived from someone with a penis or a vagina.
I can just about handle being objectified. Oh yes ha ha look at me I have boobs, and oh look I blush when you humiliate me, and yes, wow, isn’t it amazing the number of jokes you can make up which imply I am a whore. Clever you. You twat. No I don’t dress to provoke you and actually your attention makes me feel sick, but I wouldn’t expect pig headed men to acknowledge that. Us girls are all so used to this, to the point that we almost don’t care anymore (can you tell). More than anything men who objectify women are just embarrassing themselves, and we’re good enough to realise that and we just wonder how long it will take them to catch up?! But what I won’t stand for, is for you to take our wit away from us! Especially when we are equally as deserving of a laugh or 2 –for the right reasons. The funniest person I know is a girl, my best girls regularly reduce me to tears of laughter and some of the responses coming in from women to Boris on Twitter are have got me in hysterics (see my favourite ones below).
So yeah, sexism goes a lot further than men refusing to laugh at our jokes, but maybe if they noticed we had wit, it would then dawn on them that we aren’t objects, but in fact girls, with feelings, who are feeling embarrassed to walk past you in the street.
All I know is, if I was in Boris’ position, I wouldn't be resorting to sexism to get a groan of laughter from my audience.

RachelBunts: “@MayorofLondon The odds are against me finding a husband only 10/180 people on my course are men WHAT SHOULD I DO #helpboris”