A nod to the good men - we do love you really! 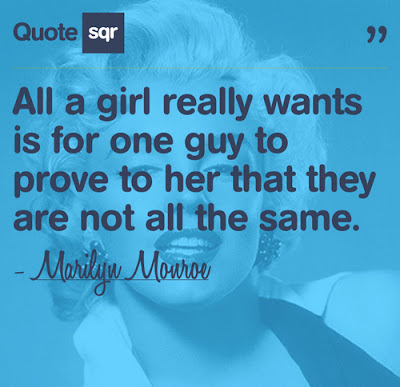 I was inspired to write this post after I published this one and ended up in a Twitter debate over my comments about sexist attitudes towards women. The post in question perhaps came across a little generalist - quick disclaimer, I don't for one second presume the points I make about sexism apply to all men, not even nearly, just enough of them for sexism to still be a resounding issue.*

After a good debate in which we accepted each others points, the Twitter guy who'd challenged me ended with saying he just was fed up of reading women bang on about how awful men are ALL THE TIME.  And he kinda has a point. We do like a good whinge, forgetting to mention the good stuff. I responded with 'men of course have so many great qualities as well, we just don't think to write about them.' As in life, people generally only speak up when there is something wrong which needs changing. And that applies to issues around gender. In this blog post I seek to change that and focus on all the GOOD men.

So, this is for all the decent men who have had to suffer the inexhaustible wrath of women which has built up through the ages, for the men who have to tolerate the blame for mistakes of their grandfathers before them, for the good men who respect and honour not just us as individuals, but women as a collective. The same men who don't feel the need to reply with an undermining comment every time I publish an inherently feminist blog post...

There are so many reasons why we adore men, individually we love you, we even sometimes commit to honour and obey you. That's how much we freaking love you. For me, I do have some qualms around some male attitudes, and those qualms materialise in my writing, but I have so many positive things to say about the men folk, I maybe should say them more often. To list 'male qualities' would be to generalise, so I can only base this on the unique men I know. Namely my Dad and my boyfriend. 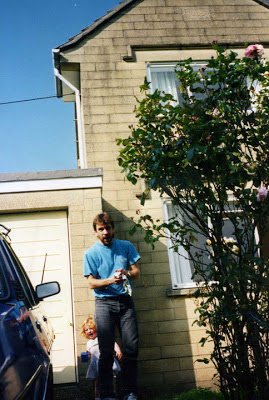 Where to begin? My Dad has always had a very respectful attitude towards me and my 3 sisters and is approachable, open for us to chat to him about anything. He's always been 'on a level' with us, even when we were small he listened to our ideas, thoughts and feelings, never once belittling our needs. My Dad is not a remotely aggressive man, although he is strong and authoritative when he needs to be - this is a quality I really respect in men. That balance between strength and sensitivity - some of you just nail it.

My Dad is sensitive, and openly so, he doesn't shy away from his emotions. He has always encouraged us to be self-aware too. He is creative, strong, very intelligent, emotionally intelligent to boot and admirably independent. I am very proud of my both my parents, and while I have mentioned my heroic Mum before, perhaps it's time to show the same love for my Dad. He is my Dad but also a friend, he knows many woes and more than that he supports me with them - support being the operative word. My best memory of my Dad is when I got in trouble with work aged 17, trouble I deserved to be in. He didn't get cross or lecture me, he just listened to my side of the story, believed me, came to a disciplinary meeting with me and told me he was proud of me afterwards. WHAT A HERO! He is also adventurous and active, providing us with experiences like camping in France and Jet-skiing in Crete.

All these fantastic qualities I have listed in my Dad are the same qualities I respect in men in general. No these qualities aren't exclusive to men at all, but it's ace when men have them! I also love how chilled out my male friends tend to be, it's pretty hard to piss them off, unlike us girls who live in constant fear of upsetting each other. I admire how level headed blokes can be, I have found men tend to show a logical approach and an ability to separate feelings from practicalities - you men seem to spend less time dwelling/feeling miserable, which works out well for us as we get to spend time with you. Men show resilience too - when an obstacle presents itself to my boyfriend, he takes a step back, thinks about what hes going to do to best deal with it, sticks to the plan then puts it out of his mind FOREVER.  I on the other hand spend 3 days crying and whining before getting near a conclusion and eventually i might stop caring after 6 - 12 months. 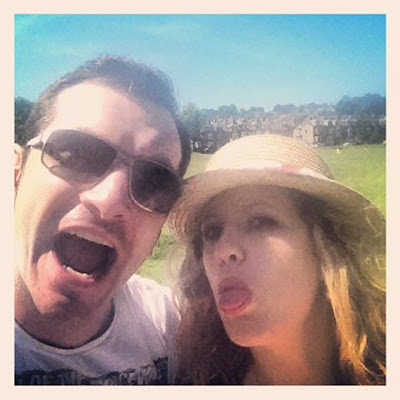 It goes without saying that I love my boyfriend for loads of reasons, but I actually just really like him as a person, and his female friends clearly have a lot of respect for him too. Why? His winning card is that he shows so much respect to both me as his girlfriend and women in general. I hear stories of men telling their girlfriends to shut up when they moan, ignoring their ladies when she asks something of them, telling them to stop being a baby when they cry or even worse being aggressive towards them. I find this hugely disrespectful and tell my friends to get as far away from that man as they can.

I couldn't associate with a man like that mainly because I am an emotional little thing and I can only ever be with a man who totally 'gets it'. Luckily for me, mine does. I cannot tell you the hours he has spent listening to me, giving me the most spot on advice and encouraging me to feel so good about myself.

Some men I had met prior to him made me feel like I shouldn't be the way I am. One even said to me 'I couldn't be in a relationship with you, you're too emotional'. Cheers then. As a result I used to feel like I had to hide my soft heart from men and pretend to be tougher in order to be cool or attractive to them. I wouldn't give those men the time of day now. Gareth helps me build on my sense of self-worth and anytime I have an 'issue' with a friend, family member, colleague or just a general life problem, he completely sees the situation for what it is, without me having to explain what I feel and why. I am lucky he is so insightful and perceptive, mature beyond his 32 years. And sometimes us girls just need that kind of support from a man as well as from our mates.

These are all reasons why I more than anyone know that issues like sexism and disrespectful attitudes towards women do not feature in all men and I certainly don't go around hating on men in general. I do think changes need to be made though in terms of how some men think of women, and our society still has a way to go to lose that gender gap, but men are so brilliant in many ways. That's why our magazines are full of you, that's why we have written books about how to understand you and that's why we love nothing more than to fall in love with you.

So don't be disheartened when we moan about the gits who cat call and label us slags, be proud that you stand apart from those men and that you give your gender a bloody good rep!

* Just yesterday, a lovely chap I have never met randomly commented on a photo of me & my friends which had gone online, proclaiming 'Ugly bitches!' Why are we a bitch because we probably refused to let you grope us? Odd. You wouldn't see him randomly commenting on photos of men calling them bitches now would you. Ironically, he seemed to be the bitchy one. Hmmm. Point made.