Bosom buddies - or are we? 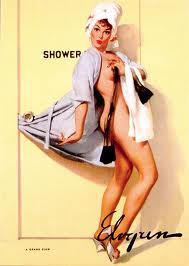 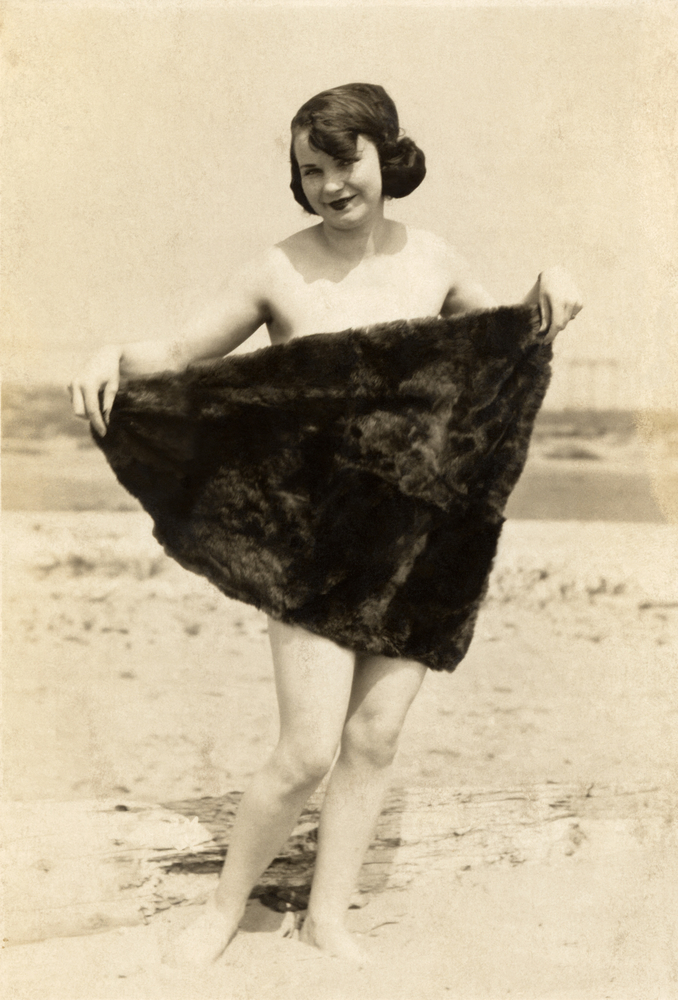 This morning I did something I have never done before. I had a communal shower in the gym, with other women...starkers! I only joined said gym 2 months ago and up until now have gone out of my way to shower in private and therefore not had the worry that my, er, privates are on show. My first week there, I even showered with my knickers on and would rather have claimed to have wet myself than have to expose myself to the ladies I lunge with.

I am relatively body confident on a good day, and certainly don't feel I have anything freakish to hide, but I am just not that used to being naked in front of other people. As a family we've always been quite covered up, none of this dashing to the bathroom in your birthday suit nonsense. The same goes for me and my girlfriends - holidays have never involved topless sunbathing and I most certainly don't feel able to get my foof out in front of any of them. Knickers on is fine, knickers off is so not for the girls. I don't even really like being naked by myself. The thought of sleeping naked HORRIFIES me and while I happily roam around in underwear and bikinis, I try to stay actually fully naked for as little time as possible.  Goodness knows what that says about me, but I don't think I am alone (please?).

This morning, as I dashed with flushed cheeks to the shower after my gym class and hurriedly tried to work out where to position myself so that NO-ONE would see me, 3 of my boot-camp buddies came sauntering in, chatting away to each other like bessie mates, with all their glorys on display. My initial reaction was to scurry away with my Herbal Essence still firmly lathered into my hair and come back another time, when there was less exposed flesh around me. However, I quickly realised these women felt totally at ease in the situation, as they bent over to scrub between their toes and threw each other the shower gel without a care in the world, bosoms jangling everywhere. If they could be comfortable baring all to stranger-women, then why couldn't I? I was the youngest of the group by a long way and probably had the perkiest love-handles of us all, so really I should have been setting an example. I faced my naked fears, turned around and started chatting to them as I lathered, rinsed and repeated, but in the back of my mind I kept thinking 'this feels weird this feels weird this feels weird' and didn't hang around after the suds had washed away.

What struck me though, was the conversation that took place. While we 4 women, who had entrusted each other enough to stand together with no protective covering at all, stood humbly washing, they chose to bitch about the female form. The ladies were discussing another girl they knew, complimenting her ' young, toned body', her 'lovely slim legs' and her....'WEIRD STOMACH'. Yes, that's right, girl on girl criticism. Snippets of the conversation included "Oooooh I thought she must be pregnant but then it wasn't the right shape", 'Strange isn't it, how someone so slim can have such a ghastly pot-belly" and "I mean she gets away with it but you thank your stars it's not your stomach".

Needless to say it didn't take long for me to do a full u-turn emotionally and physically, and launch myself back into the safety of my towel. While I congratulated myself on having done something I didn't think I would ever feel confident doing - flashing - I felt really disappointed by the tone and topic of the conversation that had taken place. None of the women in that shower had 'perfect' bodies, there were lumps and bumps and uniquely shaped boobs everywhere, which I had found actually really refreshing to see. It's inspiriting to see another naked gal who doesn't leave you feeling about as attractive as Stig of the Dump. We're so used to only really seeing Kelly Brook and Page 3 girls with their kit off, that for us women it is really really really hard to feel up to par. So why why why, women, are we making it even harder on ourselves and criticising each other?

It's easy to laugh at men; 'oh poor lambs they think they're going to marry a blonde bombshell with boobs that touch Mars, but really we know they'll end up with a saggy-assed wife carrying that extra half stone', because they don't know any better. They aren't us. They grow up seeing ridiculous versions of the female form that are mainly made of plastic, and they think that's what they should aim for when it comes to finding the perfect woman. And then somewhere between the age of about 16 and 30 the realisation dawns on them and everyone's disappointed FOREVER! Really, Page 3 ruins everybody's lives. Women never feel good enough and men never think we are and continue to give themselves a treat to the actually hot women who reside on Rude Tube.

I know I'm not Sienna Miller, my arms wobble, my stomach is not washboard and my ass is 'generous' to say the least. But I don't criticise those things (often) I work where my body needs work but mainly have learnt to embrace the 'imperfections'. Bootcamp will sort my arms out, my boyfriend loves my bum the best and my rounded tummy represents the fact that while I work hard to be fit and healthy, I will always have a zest for life and more importantly for cake, but it is hard to remain confident when we are in this cycle of criticism from all sides, and it's only women this happens to. Do you think  Matt Horne comments on James Corden's chub when showering with the rich and famous? Noooo.

Some of us women try to break this cycle, by doing everything we can to feel confident without conforming to social expectations, but what hope do we have when we, the females, are turning on each other and criticising each other for our 'pot bellies' (so, a normal human belly then?) Come ON ladies! I have now been frightened back into my individual shower cubicle for the foreseeable future, because god knows I don't want to be torn to pieces by my own kind. The only people who can stop putting pressure on women to be perfect is women*. Who cares what men say/think/expect? Not me, as long as we stick together.

If you want to make a start and make a change to how women's bodies are perceived, head to the No More Page 3, which campaigns for The Sun newspaper to drop it's bare boobs. Currently with over 83,000 signatures, the campaign is going strong and is supported by Caitlin Moran, Eliza Doolittle, Glamour Magazine, Jennifer Saunders, Lauren Laverne and a few male household names to boot. Find out more here.

*At the time this went 'to press' (ha!) I spied a tweet from the much adored, much bullied when she was younger for her appearance, much strong woman Jameela Jamil. It read as follows: 'A woman having a go at another woman because she feels that woman MAY dare to be comfortable with her own image, is what's wrong with women.' And I couldn't have said it better myself, so I Re-tweeted it instead.