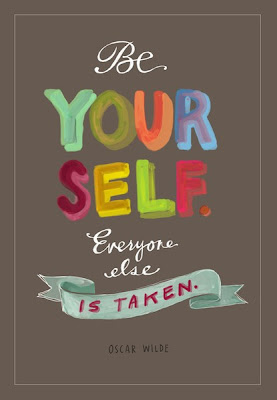 Last night was Fireworks night and I was watching X Factor. Its not often I do so these days, but for old times sake I pulled up a sofa-sized pew, barricaded myself in the living room and hid within a fort of high-carbohyrdate snacks watching the most debatable show on our Saturday night screens. X Factor is an awful crime against real music, it’s manufactured and it's hideously transparent but I do enjoy watching Nicole Scherzinger scanfor rhubarb yoghurt in Asda, fleece and all. Who doesn’t want to see that! (See 2010 post for more on this argument).

As always I was tweeting away like India Knight on speed for much of the 2 hours and I had plenty to say. Isn’t Ella fantastic, what has Louis done to yet another poor ‘boy band’ and doesn’t everyone wish Kye Sones was their chimney sweep mate? I averaged a tweet a minute and didn’t even bother with the #xfactor tag. MENTAL. Going back to Kye Sones though, it was a tweet (aka ‘thought’) about him that stuck. Yes there was one real, intelligent notion formed in my head during the X Factor marathon, one that reigned supreme through all the crap and subconsciously burned on through the night, with such strength that my first waking reflection today was: “It really annoyed me that Kye Sones was imitating Robbie Williams during his performance last night”.

It really annoyed me that Kye Sones was imitating Robbie Williams during his performance last night. And I wasn’t the only one to think it – Nicole Scherzinger’s slightly embarrassed sounding ‘so you were quite inspired by Robbie last week weren’t you, Kye?’ said it all. As Kye stood there looking a bit sort of like maybe he’d just been rumbled.

But Why Did Kye's Innocent Robbie Imitation Annoy Me So Much?

I have a bit of an issue with the art of imitation, but until now I’ve never really thought about why. UNTIL NOW.

My first answer to the above question is that it is just sad to see. We are all unique and wonderful, especially Kye Sones who used to be a chimney sweep. Can Robbie say that he spent his former years covered in soot? No. I’d be happier if Kye had decided to mimic Dick Van Dyke with a sweep of his brush and a click of his heels alongside Julie Andrews – at least that would have some relevance, some bearing on who he is and how he’s got there. There on that X Factor stage covered in eyeliner.

It makes me sad to see people behaving in ways that are detrimental to their own self, and this includes ignoring who you are to sort of try and be a bit like someone else who you think is a bit cool and loveable. Perhaps because it reminds me of times when I have been a little lost and maybe done it myself and it just makes me sad. It just shouldn’t happen. Everyone should be supremely confident and individual at ALL times!

Beyond the sort of sad aspects of imitation, it does just plain annoy me too. Excuse the cliched expression, but ‘finding yourself’ is bloody hard work. Many of us who are sure of who we are and confident of it, had a hell of time getting there. We weren’t actually born that way, Lady Gaga. We possibly went through hell and/or high water to establish a self who not only are we happy with, but who we think the world might be sort of okay with too. It takes a lot of painful trials and errors before we hit the ‘self’ jackpot. So, if someone younger or less secure or just a bit lost comes along and starts wearing your dresses and speaking your language and doing your mannerisms and adopting your hobbies because they think that they’d quite like to be like that too, it’s a tad annoying. We spend so long finding ourselves, damn anyone who just takes a shortcut and plagarises our identity onto their own 411.

I don’t mean 11 year old girls dying their hair pink to look like...Pink. Finding your ‘self’ is something that comes with age and maturity, and of course while we’re young we’re going to try things we’ve seen elsewhere, that’s how the whole concept of ‘you’ starts, but a 30 year old man trying to win Britain’s largest talent show by imitating someone who has already been done over and over again? No, no, NO.

Beyond that, imitation doesn't work. To be someone, it takes substance. First of all you have to actually be that person for it to be believable (like, we aren’t just going to start thinking Kye is Robbie and therefore love him with the same Robbie love we have built up over 20 years) and second of all, identity has to come from somewhere real. Only Robbie knows how he wakes up everyday and finds the inspiration to be a loveable yet arrogant little sod who woos women and angers men nationwide. I am sorry Kye, but that just isn’t you and if it is then find your own way of doing it – you don’t need to superciliously stare-out the camera and wobble your head whilst grabbing your crotch. Kye may be able to walk the Robbie walk and talk the Robbie talk, but he doesn’t have the Robbie-ness inside him to do it forever. 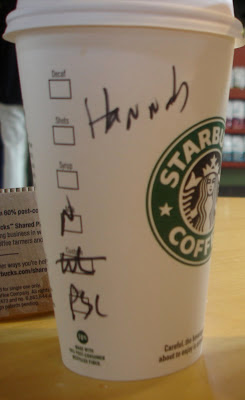 The former all said, people cannot be blamed for wanting to be like someone else. At the end of the day, we just want to be loved, don’t we? And if we see someone who is loveable or who the world loves, or who is loved by someone we love, then we are going to want to be like that person. It’s not just people who do it either. Brands do it. Anything that is trying to sell itself to the rest of the world does it. When Starbucks started writing their customers names on cups and consumers fell for it, independent coffee shops starting doing it too, to be like this multi-billion dollar coffee chain so globally adored. But Cups-with-Names will never be so good anywhere as it is at Starbucks because it was a Starbucks concept and it has Starbucks written all over it.

The problem is, as individuals, if one person goes around being you; no-one else is necessarily going to know that’s what they are doing. Unless you are a famous person (like Robbie). This makes it harder to bear for the common imitatee. It is fine to imitate someone if you actively give them all the credit (‘oh thanks I am so glad you love my idea, I actually stole it straight from so and so, and so please send all adoration and/or appreciation directly to them’) but you’re not going to.

Every Firework is Unique

Poor old Kye, I have really given his innocent imitation of Robbie a grilling here, but really I am just making an example of him. There is a fine line between inspiration quarters into imitation territory and I don't think it should be crossed. Inspiration is seeing someone else do something and feeling encouraged to go and do something too. Imitation is doing the exact same thing in the same way and probably not doing it so well. Inspiration is seeing someone in a bar who is a little like a more confident version yourself and thinking ‘I want to be like that’, then going out and finding who you are and being confident about that person, not suddenly dressing like the person you saw in the bar. Inspiration is taking elements of something that has been done before you and making it your own, which is exactly what Ella did with Katy Perry’s Firework if we’re looking for a direct comparison (albiet whilst looking a bit too Adele).

Be inspired. Don’t feel you need to imitate because you don’t. Find who you are and make them go 'oh, oh, oh'. It’s not easy but it’s worth it. A lifetime of confidence and brilliance and happiness follows and it doesn’t depend on anyone else.