Boundaries: A Mascara too Far? 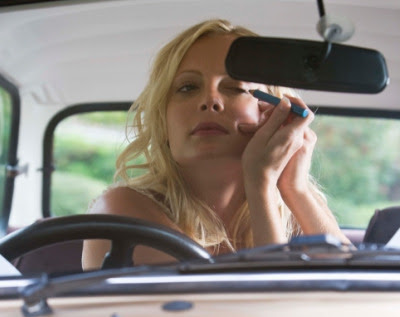 Last week I was sat on the train like a normal person and, as far as I was concerned, being completely inoffensive. I’d scored a window/table pew so was feeling victorious, I wasn’t taking up more room than my allotted seat allowed, I'd smiled politely at my fellow commuters and on this occasion I wasn’t even on my phone in the god damn Quiet Carriage. Yet when I whisked out my make-up bag, a full tote of cosmetics and my tweezers, there were some raised eyebrows around the table, and not just my freshly plucked ones.

I happily scattered the table with cotton wool and bottles of lotion alike, removed the days make up and reapplied my war-paint without a care in the world. Yet around top-lashes mascara time, I noticed I was getting some seriously condemning glances. What? I know my un-make-up’ed face can be offensive after a day’s wear and tear, but there was a dog on this train wearing a jacket so ya know, staring priorities people. It was only when I pulled out the tweezers and started plucking away (at my eyebrows) that I really got the impression my behaviour was NOT on. Men trying to look away from me, the girl who wasn’t born with mascara’ed eyelashes and a rosy glow like their girlfriend (sorry fellas, check her top draw and you might find some heavy-duty potions you didn’t know she relied on), women looking appalled that I would dare to do something so classified, in public – I was ruining the illusion for everyone!

Something I had thought was more than acceptable – full beauty regime on the train (can I add this was for economical use of my time, not because I am homeless) – was clearly crossing a line. I had gate-crashed social boundaries. I was THAT person. This blog knew something I didn't. I packed up my Maybelline before I could say “No I was not born with it” and dashed off the train into pastures safer. Bus etiquette I was surer of, there wasn’t a hope of doing make-up on there #speedbumps.

I’m fairly certain that as a child I assumed all adult people had the same idea of what is and isn’t acceptable. The same understanding of ‘Good’ and ‘Bad’, of ‘Should’ and ‘Shouldn’t’. The same moral code, the same set of values and the same boundaries with regards to social etiquette. So if my Mum said it wasn’t okay to watch X Files aged 10 on a school night (she did say that, it wasn’t okay), in my mind my friends Mums probably thought it too. If a friend was allowed to watch X Files, there was something hideously wrong with their family and their parent’s entire moral constitution.

Yet in reality, those boundaries our parents laid out for us as kids are a lot more fluid than we at the time believed. As I have grown up (getting there) I have realised that no, other people don’t all have the same idea of right and wrong, and they certainly don’t all think the same. At first I found this genuinely shocking, and as an outspoken minor I shouted at a lot of people a lot of the time when they didn’t agree with me. “What do you MEAN its okay to eat cold beans out of the tin? Why would you do that? What's wrong with you?!” And I would proceed to tell myself that the friend towards whom my outrage had been directed was “weird” and carry on thinking my own set of values, however, were spot on.


Skip forward to my mid-20’s and I’ve (thankfully) realised that different doesn’t equal bad and for the most part I can empathise with differing opinions and outlooks, as most of us can. Maturing into someone who understands that right and wrong aren’t written in black and white for all to see has however left me with a sense of uncertainty about my own daily actions, an uncertainty I didn’t have back in the days when I thought everything I thought and did was defo right.

I’m not talking about the big things, I’m fairly confident of my own fundamental values in as much as they are in sync with what I want out of and value in life. I love listening to people with different outlooks to my own and continue to challenge myself on mine, but when you're nearing 30 (Woah! Woe) you tend to be more self-assured. Instead I am talking about the small stuff, you know the stuff we aren’t meant to sweat. 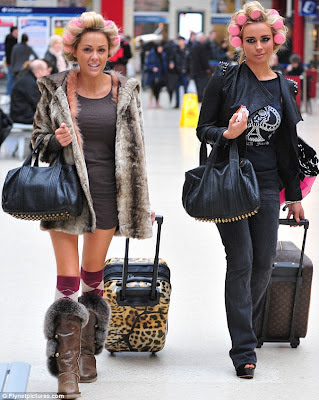 Is it okay to pluck my eyebrows on the train? Apparently not. Is it okay to nip to the shops with wet hair and last night’s clothes on? Is it okay to casually (without asking) wash your neighbours front room windows while they're sat watching TV looking back out at you, all confused (I’d like to point out I don’t think this is okay, our neighbour did it once when I lived at home with my Mum and I thought it was really weird)? It is okay to nip to the corner shop for chocolate with your mug of tea in your hand, because otherwise it will get cold before you get back? As a spontaneous and slightly reckless person, I am always going to be the do-er –“if in doubt, do” – which leaves ample room for me to get it the hell wrong sometimes.

Now that I am a grown up (getting there), the variations and differences in the way the people I meet conduct themselves just continue to grow and the answer to right and wrong continues to leap further away from me. The upshot is though, I don’t care if what I am doing is different to what you would do. I don’t care if you think I am weird when I walk to the shop with my cuppa' in my hand (only done this once btw and I was a student so…). And I really don’t care if you don’t want me to do my eyebrows on the train, my time is limited okay!

Boundaries are ever-changing and largely subjective, so as much as we will all sometimes wonder about what ‘other people’ think and do, there is no need to care if you are confident of who you are, confident enough to be true to yourself. Provided your actions don’t hurt anyone else or have any negative repercussions, then go running with your rollers in, if that’s what you want to do! We have the freedom to create our own boundaries within our own remit and if someone doesn’t like it, they can move carriages.*

* It should be noted that two minutes after drafting this I took the rubbish out in my not so chic pyjamas and bumped into my neighbour. I was comfortable, he was not. I doubted my thinking this was an okay thing to do for a few seconds! Dammit.
Posted by Hannah Ruth at 5/13/2012 07:56:00 pm No comments: